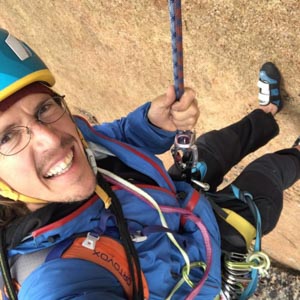 Georg tries to avoid office work as much as possible. He much prefers to expose himself to inhuman hardship out in the middle of nowhere, in order to be the first to climb a rock face or a mountain. Leaving behind as few traces as possible is characteristic of his minimalist style. Through photos, he captures the formative impressions of his experiences in the mountains, in order to make them accessible to others.
He appreciates the Soto Kocher above all for its reliability and the perfection that he also seeks in climbing.
Christoph Michel2022-03-01T22:12:41+01:00