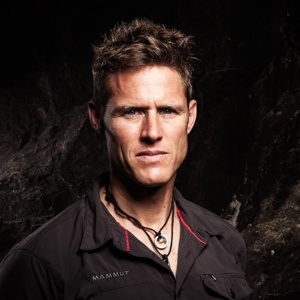 It was a ski tour that sparked Stephan Siegrist’s passion for mountaineering. The view from the window at home in Meikirch, Switzerland, where Stephan grew up, certainly helped. Because from this village in the Bernese Mittelland you have a great view of the Bernese Alpine landscape in good weather. After graduating from school, he initially trained as a carpenter. After the mountains could noticeably win Stephan over, he decided to take up further training – as a mountain guide.

Since the age of 26 he has been earning his living as a professional mountaineer and mountain guide. Stephan lives today in Ringgenberg near Interlaken. He is married and has two sons. The most outstanding achievements of his mountaineering career to date include the first ascent on all 7 continents, ascent of the great north faces of the Alps, expeditions and projects in northern India and Nepal, North America and the Antarctic, South Africa and Patagonia. Stephan Siegrist has climbed the north face of the Eiger over forty times.